“When the Indian team is playing cricket, India stops worrying about Inflation, Corruption, SENSEX and everything else”

It’s just a couple of hours to go for the 2011 Cricket world cup to begin for the India team and the excitement is all over the air. I flipped through ten different channels and all of them have discussions around the world cup and many of them are talking about Sachin Tendulkar being key to the world cup. But, in my mind, Mahendra Singh Dhoni needs to pull off a Kapil Dev for  India to win this world cup. Kapil led from the front in the 1983 world cup that India won – be it the 175 runs against Zimbabwe coming in when India was struggling at 9/4 (this innings is in Wisden’s top 10 ODI batting performances of all time) or that unforgettable catch in the finals to get rid of Viv Richards which changed the whole match – check it out below (quality not that great):

Granted, this is considered one of India’s best teams to be fielded in the world cup. But the team in 2007 wasn’t bad either. I still remember my Barbados trip with a group of friends (both Indians and Pakistanis) hoping to see some matches in the Super 8 including India vs. Pakistan. But lo and behold, both teams got knocked out and we ended up seeing Ireland and Bangladesh play. My wife and I ended up having a blast in Barbados with our friends, but we still really missed seeing India and Pakistan play. 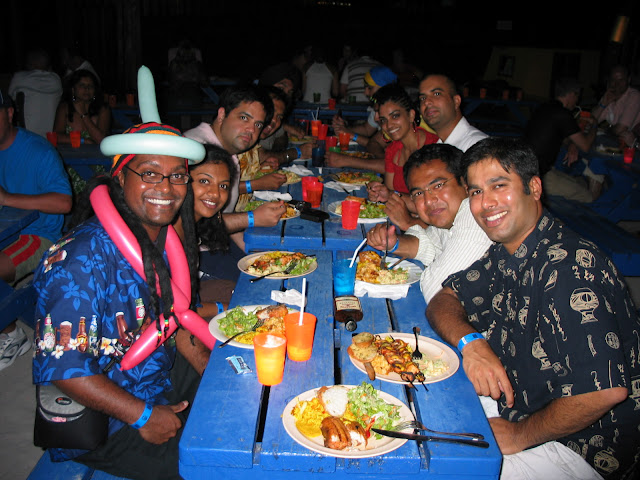 Now, coming back to this world cup. I agree we have an outstanding team – particularly from a batting line up perspective (Sachi, Sehwag, Gambhir, Raina, Dhoni, Yuvraj, Pathan to name a few). Our bowling is not too bad either especially if Zaheer and Harbhajan deliver. But, I think it’s key for Dhoni to quickly get back into his outstanding batting form and lead the team from the front. Last year’s IPL victory for Chennai Super Kings (CSK) is a testament to what Dhoni can do at crunch time. I still vividly remember his 54 run knock against Kings X1 Punjab and particularly how he paced himself till the last over and unleashed a torrent of sixes to take CSK through to the semi-final. That IPL knock which I saw live on TV was a touch of pure genius. You can relive and enjoy that final over by clicking here.

And the way Dhoni lead the CSK team to the Champions League T20 victory against the best teams from all over the globe, was also amazing. I salute his leadership skills and have high hopes for him and our dear Indian cricket team.

Here’s wishing the Indian cricket team the very best of luck for this world cup and may they bring joy to the hundreds of millions of fans around the globe!

We Are The Champions