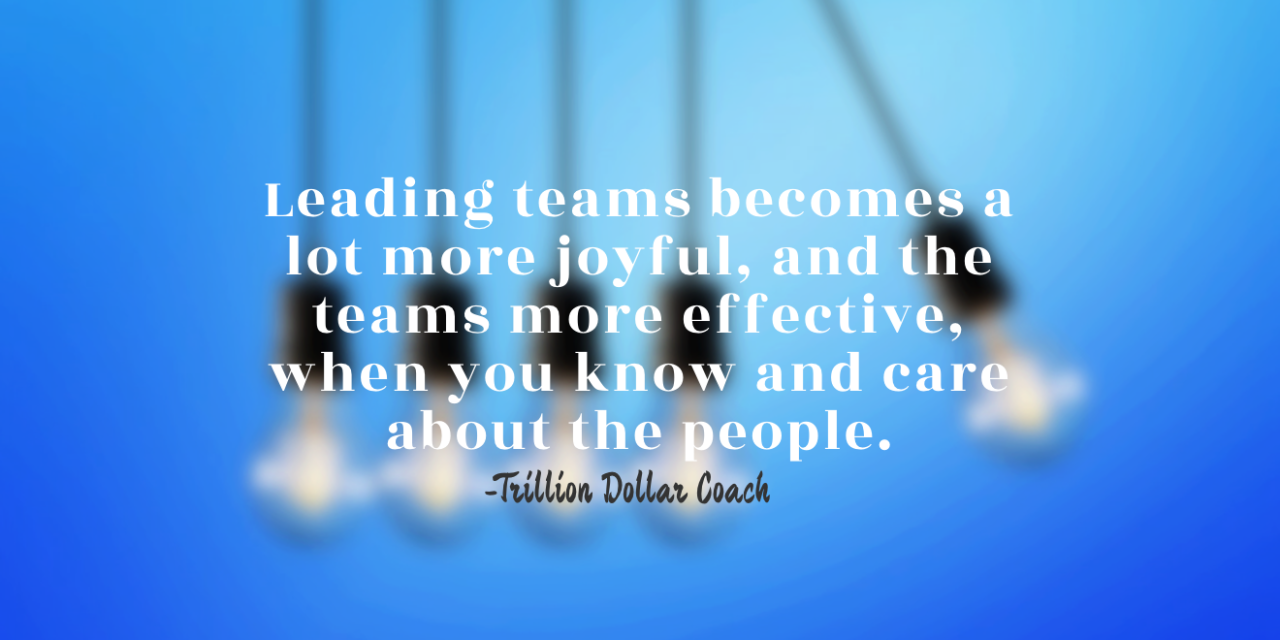 ‘Whistle Podu’ is the unique team cheer for Chennai Super Kings (CSK). I have been a big fan of CSK since the first IPL season in 2008, and man, do I miss it this year! It was easy to be a fan in the earlier seasons when they had all-stars in the team in peak form – Dhoni, Raina, Ashwin, etc. But, I loved the way they played in 2019 with most individuals well past their prime but as a unit still performing to the best of their abilities and almost clinching the title. A lot of credit has to go to Dhoni as their captain, and Stephen Fleming as a fantastic coach. Together, they have consistently recruited and built teams that work as a great unit and bring out the best in each other.

Today, let us take a closer look at how to build outstanding teams and some techniques to bring the best out of these teams in business settings. We already discussed how it is important to align on the goals for an organization using tools such as OKRs and running productive meetings.

“Bill didn’t work the problem first, he worked the team. We didn’t talk about the problem analytically. We talked about the people on the team and if they could get it done.” – Trillion Dollar Coach (TDC)

The first step to achieving peak team performance is to pick the right team for the problem. And to do this well, we need to know each individual in the team exceptionally well – both their strengths and rough edges. In cricket, if its a spinning track, we need to pick the best spin bowlers for that track. It’s similar in the business world – most of the time, we don’t spend enough time analyzing the problem carefully and figuring out the best individuals for the team, bringing diverse backgrounds that can address that particular problem. Picking the appropriate team with the right mindset is half the battle won.

He did not overemphasize experience. He looked at skills and mind-set, and he could project what you could become. This is a coach’s talent, the ability to see a player’s potential, not just current performance. – TDC

The other way to build camaraderie is to pair people up to solve problems. Especially if two peers have radically different perspectives on an issue, pair them up to go and solve the problem and come back. It is an excellent way for them to get comfortable working with each other and address the specific issue at hand from very different perspectives. This requires some level of trust, which we will explore next.

Peer relationships are critical and often overlooked, so seek opportunities to pair people up on projects or decisions – TDC

Many of us put on our game face when we are at work. But, the best performing teams bring their all to work. As a leader, anything that helps bring compassion to work could go a long way. Like this simple Friday off by FreshWorks to take a break from WFH. Especially in these tough times, if someone is having a rough time at home where they have kids who are still not used to online school or a parent who is fighting COVID-19, a supportive environment at work is super helpful. It is essential to get to know our colleagues, as a person and what drives them. And encourage them to bring their all to work.

“The common notions that the best teams are made up of people with complementary skill sets or similar personalities were disproven; the best teams are the ones with the most psychological safety. And that starts with trust.” – TDC

In 2015, Google, which is well known for nurturing high-performance teams, did a study and found that the best teams have one common dynamic – Psychological Safety. It is key to creating an environment of trust that nurtures the team to boldly solve problems and overcome the fear of failure that holds back most of us from reaching for our peaks. Amy Edmondson, Professor of Leadership at Harvard Business School, discusses the importance of Psychological Safety on teams in this short 10-minute talk:

The top characteristics to look for are smarts and hearts: the ability to learn fast, a willingness to work hard, integrity, grit, empathy, and a team-first attitude. – TDC

Working back to the source, for us to have high-performing teams, the key is to hire outstanding talent. It is critical to figure out the kind of organization we want to build and codify some of the key non-negotiables. Irrespective of the role, we need to have a well laid out process for hiring – right from the job specification, candidate screening, the interview process (including who will be on the panel), decision making (will everyone have to agree to hire), and to closing the candidate. Especially in startups, these processes need to be well thought through and implemented, and it is the job of the CEO to work on this along with the HR team. And training these newly hired is just as essential and a crucial role of an effective manager. It is clearly explained in Andy Grove’s High Output Management (Chapter 16), which Ben Horowitz refers to when he writes about “Why Startups Should Train Their People.”

Most managers seem to feel that training employees is a job that should be left to others, perhaps to training specialists. I, on the other hand, strongly believe that the manager should do it himself. – Andy Grove

And finally, you might have the best team in the world, but here is something that can suck the oxygen out of them and leave them running for the door – a great talk on the perils of micro-management by a startup CEO.

Hope this inspires us to meticulously hire and train our own CSK that excels and celebrates its unique team members and has an environment of trust where people are comfortable spreading their wings, making mistakes, falling, only to rise and soar again, knowing that its a safe environment where their ambitions won’t be clipped but celebrated with a “Whistle Podu.” 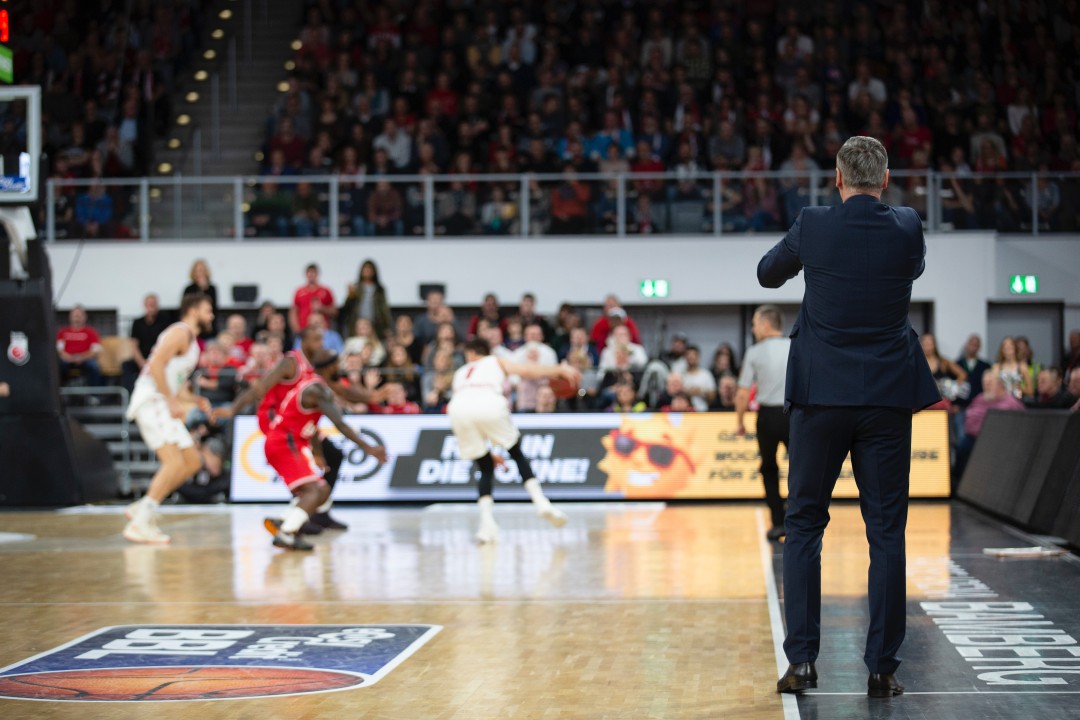 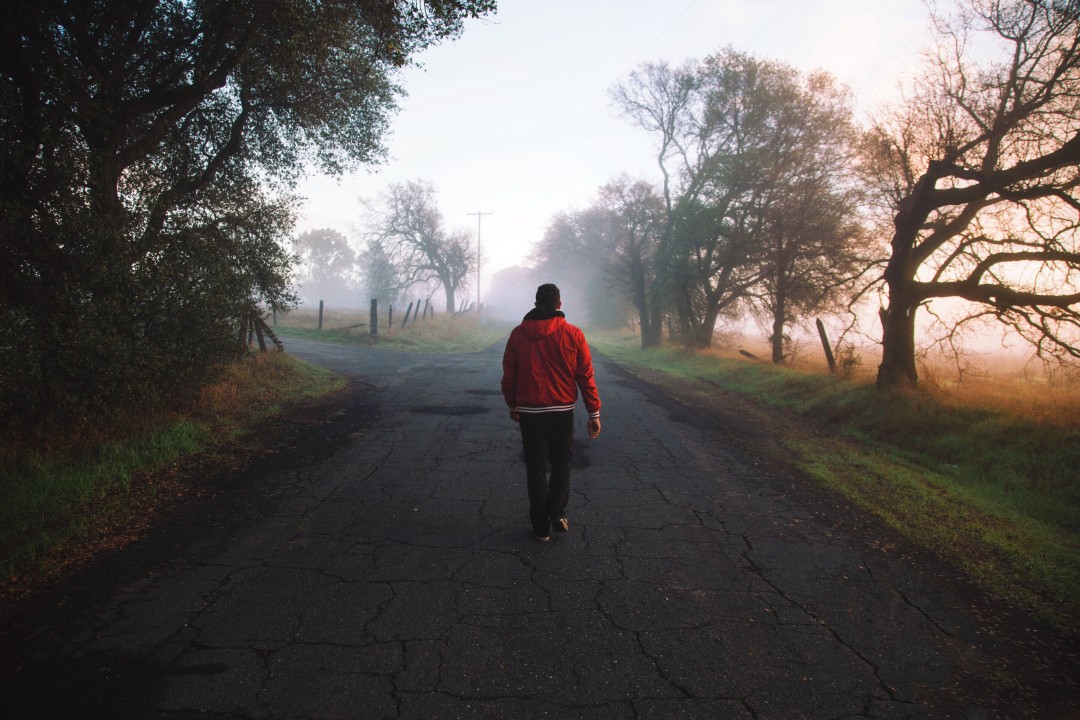 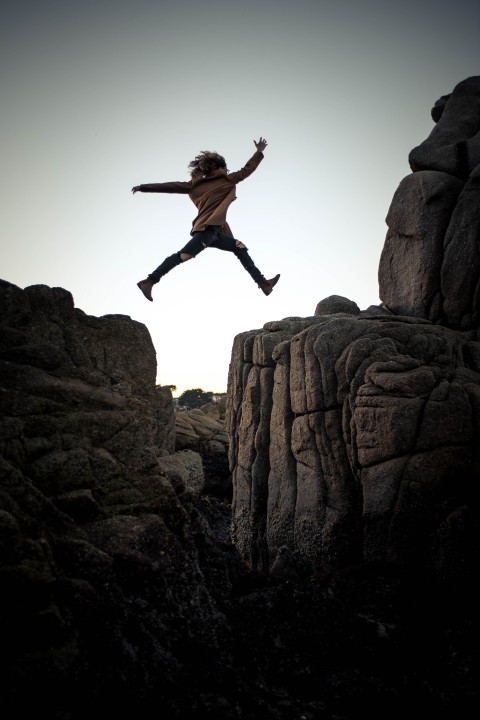